Home » Yoga in a Changing World » Women Holding the Earth 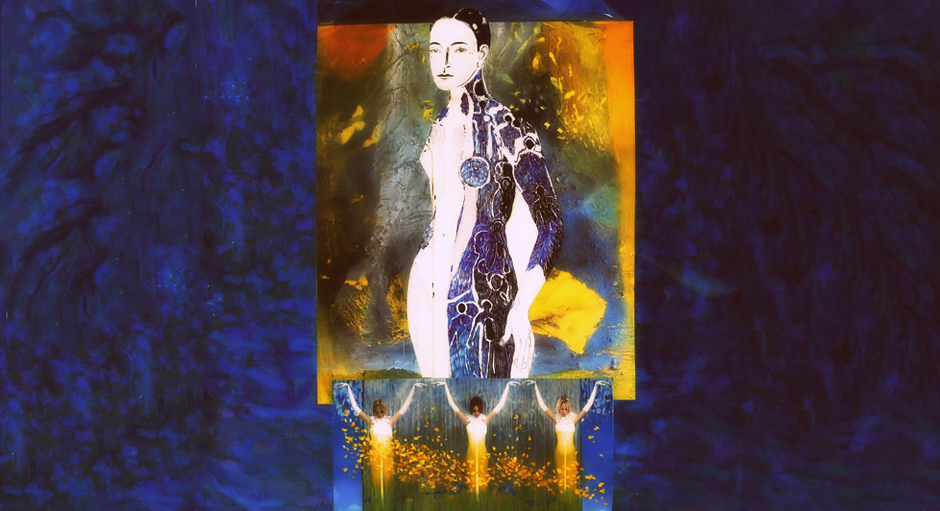 Yasodhara Ashram is a place where we honour the feminine – those qualities that are separate of sex, race or even gender – and invite an intersectional dialogue on what it means to be a spiritual aspirant in the world today. Here I see women gather the courage to stand and question thousands of years of patriarchy. Living at the Ashram, I can sometimes forget that entrusting women with leadership and valuing feminine characteristics – such as receptivity and cooperation – aren’t the societal norm.

Watching the news makes it easy to remember. I see men convicted of assaulting women receiving light sentences so their crimes do not have a “severe impact” on their future. I see that 26% of elected politicians in Canada are women and, despite this being 2016, Canada recently ranked 64th in the world for elected representation by women. Of those women politicians, I see them being criticized for their wardrobe choices rather than their policies.

The Ashram recently offered “Women Holding the Earth,” a course that gave an opportunity for women to look at what’s happening in their own lives and dialogue about where we are in the world cycle.

“I do feel that at this time in history, women are holding the earth and it is our responsibility to stand up and to speak despite the systemic reasons that have kept us silent for a long time,” said Daphne Gordon, a course participant from Toronto.

Daphne left her job in a newsroom – where she says masculine traits are emphasized – during the transition to motherhood.

“Being a woman is a role to me,” she says. “The role has created experiences in my life that have influenced who I have become, and it does define parts of me. I am a wife and a mother.” She says the words slowly, sounding them out as her thoughts make their way to her tongue. “I feel kind of resistant to those roles sometimes, and so when I come here I remember that I’m not just those roles.”

In my own life, yoga – the process of becoming aware of who we really are – has allowed me to look deeply at my own habitual patterns and compare what I see to my ideals. Growing up in small-town Southern Alberta, I’d never been exposed to critically analyzing cultural and gender norms. Now, I use the muscles I’ve made in my yoga practice, and I don’t mean the physical muscles, to deconstruct conventions in the world around me.

I put this into action recently when I was working in New Zealand as a server. It was Christmas time – the height of summer holidays – the busiest time for the café. I would scan the restaurant for empty plates to pick up and was constantly alert for the chefs’ call of “hot food” from the open kitchen behind the counter.

Pinching plates together in one hand, I’d squint to decipher the table number from the order sheet and be off, bringing customers their meals. “Thank you, my darling,” a chef would call behind me.

A couple of the chefs were in the habit of giving women co-workers these monikers like “sweetie” and “my dear.” It made me uncomfortable. Tall and broad, these men I barely knew created a power imbalance by asserting their right to familiarize our relationship without my consent.

I felt only a little uneasy as I requested they call me by my name.

Holding the conversation felt empowering. Even if they sniggered behind my back, they responded to my request. It created an opportunity to hold other conversations with my women co-workers. Some didn’t like it either but hadn’t thought to speak up. Being able to open up this kind of dialogue is integral to my notion of what it means to be a woman holding the Earth.

I appreciate that the Ashram acknowledges the feminine in our organizational structures and community-based problem-solving approach. Decisions are made after thought-out discussions and weighing possibilities in groups.

Back in Toronto, Daphne is part of a group of entrepreneurial women called Shecosystem who share co-working space and support one another with weekly gatherings. “These meet-ups come out of a need for connection,” she says.

As society continues to change and women hold roles unrecognizable from even two generations ago, gatherings like this point to a new way of integrating the feminine into the world at large.

“In my previous workplace I found I had to leave certain things at the door. Here, it’s possible to be productive when bringing my feminine self to work,” says Daphne. “I’ve been more productive, I think, by admitting that I have a feminine self and a soul that needs to be acknowledged even in my work.”

Daphne took the Yoga Development Course in 2007 and brings the simple, meaningful practices of reflection and listening to her weekly meet-up. “I hope we’re at a turning point where we can see more feminine in our workplaces and in our communities and we can feel safe doing that,” she says. “The Ashram is an example. It’s kind of a template we can take into the world and apply”

As I look out into the world, I often feel overwhelmed. The amount of change that needs to occur for all people to feel safe, regardless of sex or gender, can seem insurmountable. Spaces like the Ashram provide a hopeful platform to hold new conversations. With every conversation, change occurs.

Together we move forward to create a world where everyone, regardless of sex or gender expression, can equally hold the Earth.

Guenevere’s writing is about applying a yogic foundation to her current experience of the world. Her work has appeared on The Tattooed Buddha, in the Concordian, Canadian Mennonite and Geez magazine. She has been a columnist for Elephant Journal.

“In my own life, yoga – the process of becoming aware of who we really are – has allowed me to look deeply at my own habitual patterns and compare what I see to my ideals. Growing up in small-town Southern Alberta, I’d never been exposed to critically analyzing cultural and gender norms. Now, I use the muscles I’ve made in my yoga practice, and I don’t mean the physical muscles, to deconstruct conventions in the world around me.”

7 Responses to “Women Holding the Earth”