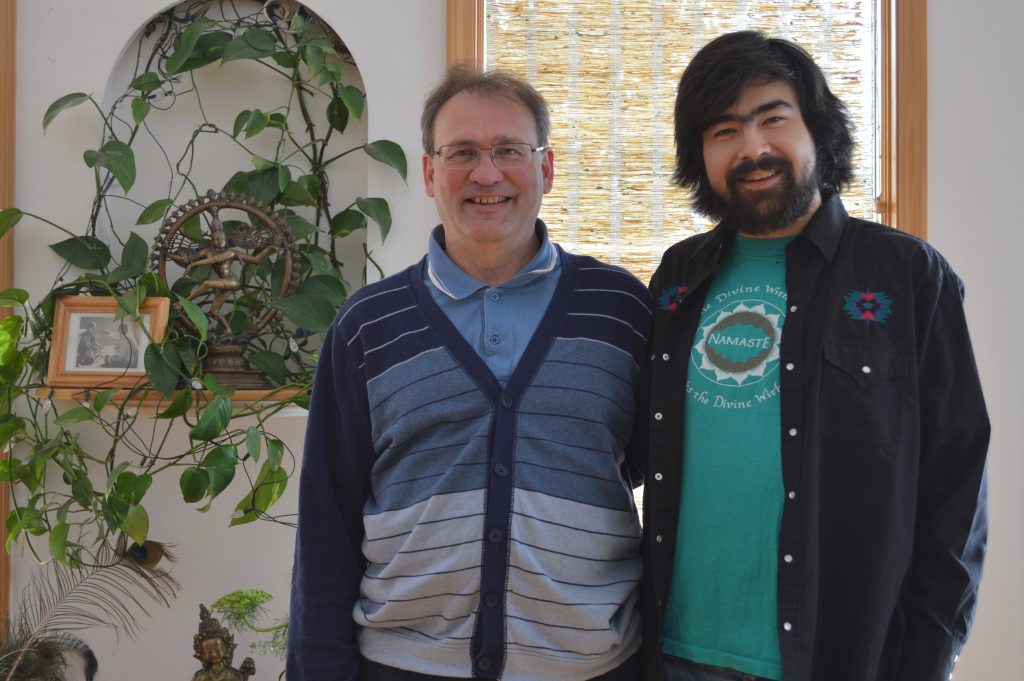 “Now I’m the small one – he’s taller than me,” laughs Robert, remembering his own YDC experience in 1996 where, in addition to the fullness of the course, Robert took his son to the local school every day and tucked him into bed each night.

“Caring for Christopher was my practice, which became really important. The YDC had a huge impact on my relationship with him,” he adds.

“This time period was incredibly significant,” says Robert. “Many nights at satsang Christopher would fall asleep to the chanting of Hari Om. I just knew that in the Temple, many seeds were being set within him.”

Christopher has only vague memories of that time. “I have a very fond feeling about it,” he says. “As a kid I had a feeling there was something sincere about the people who were here; that really stayed with me.” When he returned a few years ago, he realized he wanted to take the YDC “sooner rather than later.”

“My father doing practices and being influenced by the Ashram teachings had a significant impact on my life,” Christopher adds.  “It implanted this idea within me that there was more to life. Growing up in rural Saskatchewan, that wasn’t always apparent.”

“When Christopher and I are together, I feel we have a wonderful connection,” says Robert. “The honest communication from the Ashram has carried with both of us. We have a kind of genuine curiosity for each other’s perspective on things.”