Home » News » Behind the Lens: Capturing the Temple of Light

Mythically represented in an ancient Indian river, Saraswati runs through Yasodhara Ashram with a soft and elegant touch.

She is the goddess of arts and culture, wisdom and poetry, music and knowledge. Individuals who come to the Ashram are drawn in by the pull of the Saraswati lineage, connecting to their creative natures.

Gem Salsberg, Amy Allcock, Daniel Seguin and Linda Cooper Taylor are four photographers and videographers who have been documenting the reemergence of the Temple of Light and of life at the Ashram. They share their perspectives. 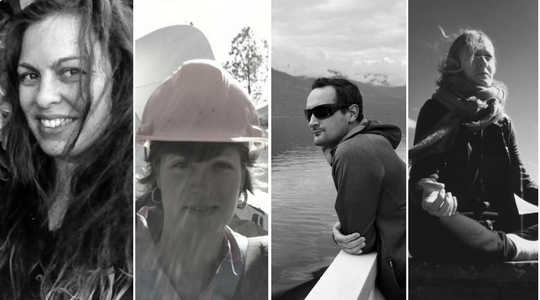 I’ve been taking photographs since I was a little girl. My mother, who’s an artist as well, would lend me her film camera to use as a child. At age 16 one of my photographs was jury-selected for the BC Festival of the Arts. I was approached by the Emily Carr University of Art and Design where I went on to earn a Bachelor of Fine Arts degree in InterMedia.

I work in many mediums including photography and film, and storytelling has always been my passion. One power of art lies in that transformative moment when a person can interact with their own story through something I’ve created. I hope to inspire others with my work, to welcome people into a dialogue and to come alive in their hearts.

I’ve worked all over the world from the Aperture Foundation in New York City to photographing fire ceremonies in Northern Japan and remote wilderness photography in the Great Bear Rainforest.

When I was asked to step into this project of documenting the Temple construction I felt I was meant to do this — to pair what I’ve learned and have been practicing in my life for so long with my connection to the Ashram. Being able to focus for an entire year on this project has honed my skills deeply.

Having been so involved in this project — documenting the Temple progress every day — will change how I do my work from now on. To be able to immerse myself in this project has been a treasure.

Gem works as the Ashram’s documentarian during the Temple construction process. Click here to see some of Gem’s photographs and a film. 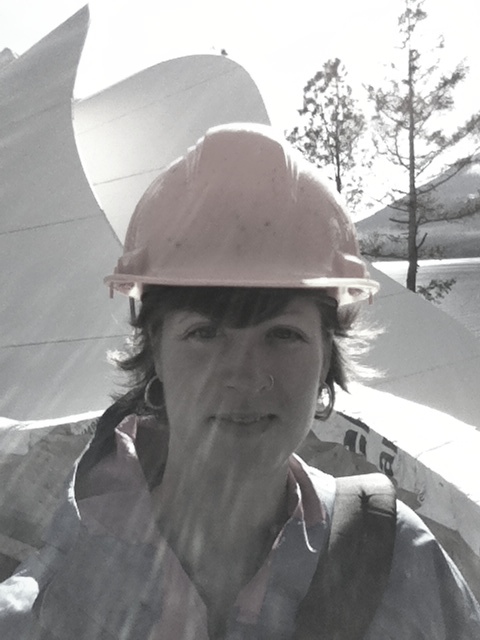 Photography began as a hobby when I went abroad in 2002. After my return to Canada I posted my photos on Flickr, a photography website. The community I found there was incredibly inspiring. I would learn by noticing what other photographers were doing and began seeing the world in a different way.

I continued posting my photos and opportunities arose to publish my photos all over the world from Air Canada’s enRoute Magazine, art shows and exhibits to the Toronto Yoga Show and academic journals.

When it comes to photographing the Temple, one of the things that particularly interests me is the human element. I want to see people in the space. The construction phase is such a unique time to be documenting. I know how much I value the photos of the original Temple construction and seeing Swami Radha inside.

I’ve been documenting the project right from the initial evening of the fire. As the Temple nears completion I have a sense of coming full circle.

I started taking photographs in my teens. My parents would hand me their big metal 35 mm camera at family parties to shoot photos. Later I was put on my high school yearbook committee and started telling stories that way.

Around 2004, after a ten-year hiatus, I started taking photos again during my Master’s Degree as a mechanism for reflection. I’ve been shooting photos ever since.

I take stills and create photo-documentaries, which are three to four-minute audio documentaries with photos to complement a story.

I studied Human Systems Intervention and work as a consultant. I don’t differentiate which label people want to hire me as. I’m just as much a consultant when I’m doing photo-documentaries and vice versa because at their core both roles require a sense of curiosity and inquiry. I’m the same person and I approach my work in the same way.

A photography project of mine that stands out to me is one called Men at Work. I took a series of three photographs of men with the artifacts that connect them to their work. In one way that project got me interested in photo-documentaries because I wanted to tell more of their stories. I wanted to keep going.

The Temple is an easy story to tell in some ways because it’s so beautiful. Lately I’ve been focusing on arial photography. To be able to see from that higher perspective is just stunning; it places the Temple in context, this sacred space on the shores of Kootenay Lake. 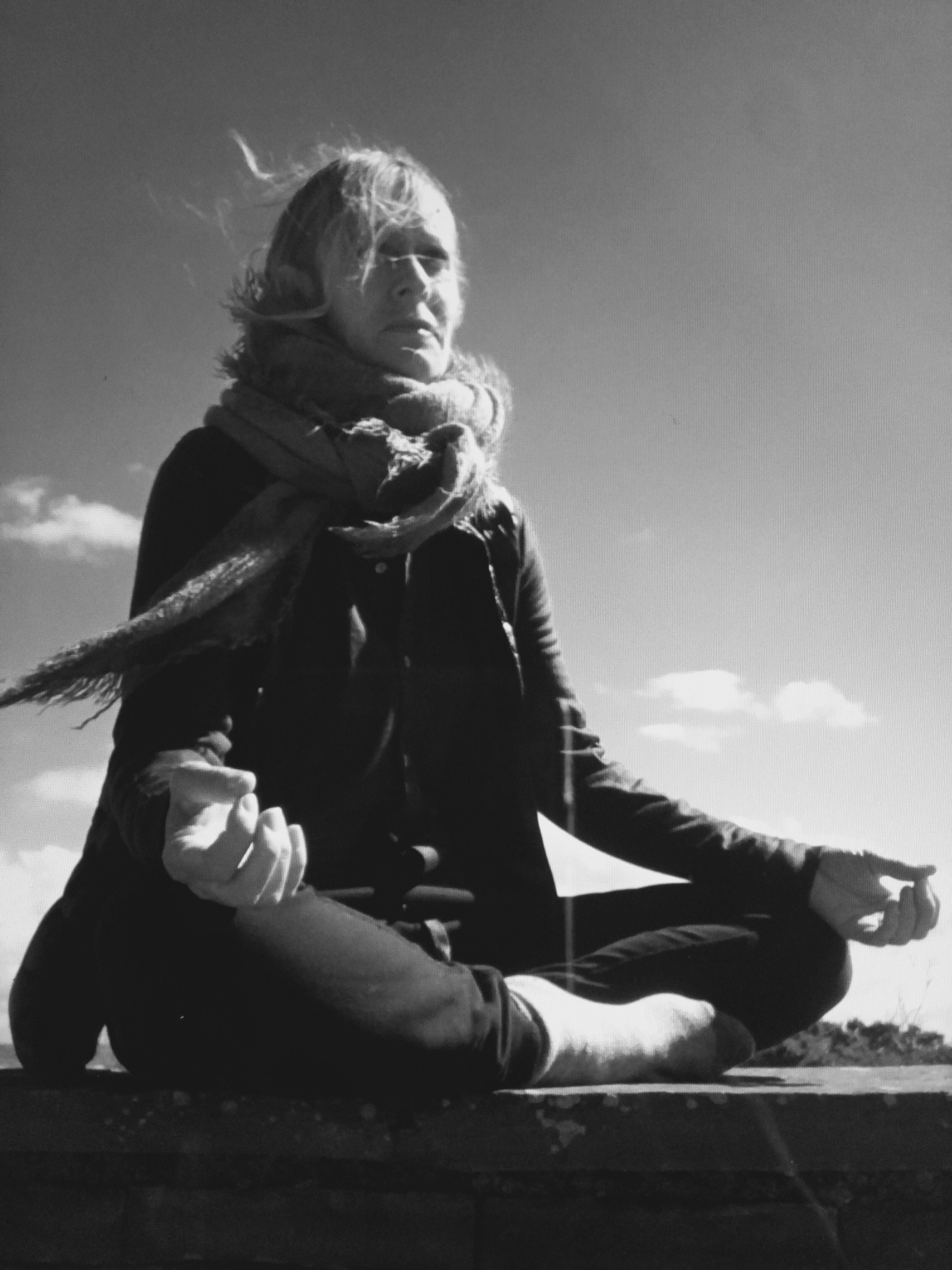 I began photography in earnest three years ago and have been putting my work on Instagram for a year and a half. When I took a yoga teacher training I documented it through images for the yoga studio. During that process I noticed that photography re-patterned people’s images of themselves. Seeing myself in a pose tapped into love and compassion for myself, and it did the same for others.

People started noticing the work I was doing on Instagram and I’ve been asked to document yoga retreats around the world. I’ve been to Panama and Ireland twice for a Meditation, Yoga and Sacred Sites retreat.

Being at the Ashram and photographing the Temple has been amazing. I arrived when the Transitional Temple was in place with its beautiful angles capturing space and light.

I like taking photographs of everything and am grateful for the opportunity to see beauty in simple and complex things. Documenting this sacred space is quite a blessing. 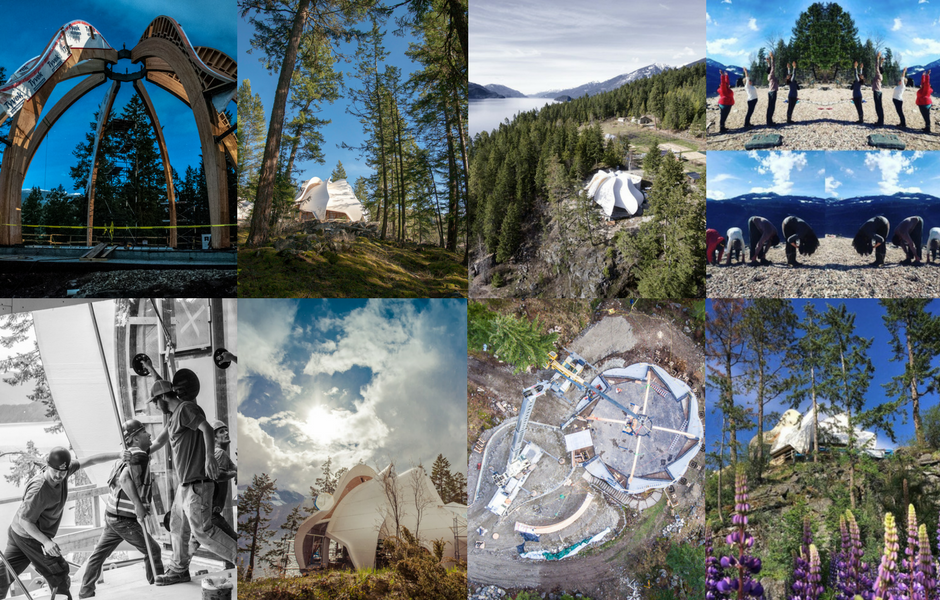