Since childhood, Swami Radha had recurring dreams of she called “my little temple.” The scene was always the same: set overlooking a bay was a round Temple, with many windows and doors, full of Light. 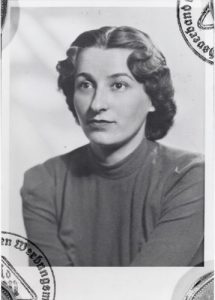 At the newly founded Yasodhara Ashram, she came across the exact spot that she had seen in her dreams for so many years. 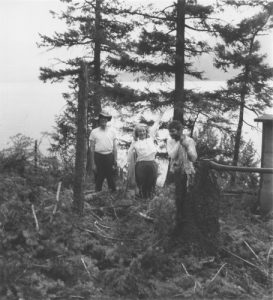 The centrestone is laid. At the dedication ceremony Swami Radha says that we, “are releasing the goodness of that beautiful dream for the blessing of others.” 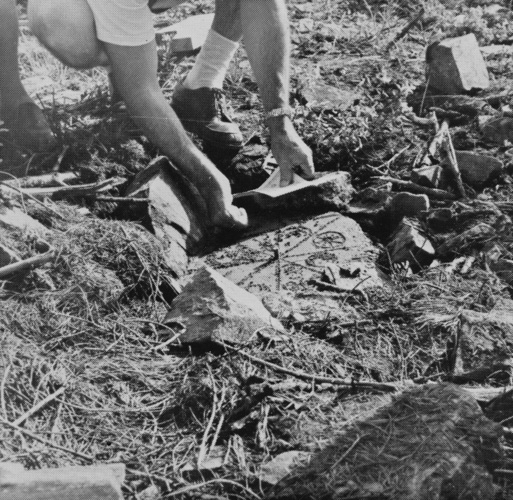 The foundation and platform were completed by the end of the 1960s but construction of the Temple itself had to wait until 1990, when funds, resources and Karma Yogis were available. 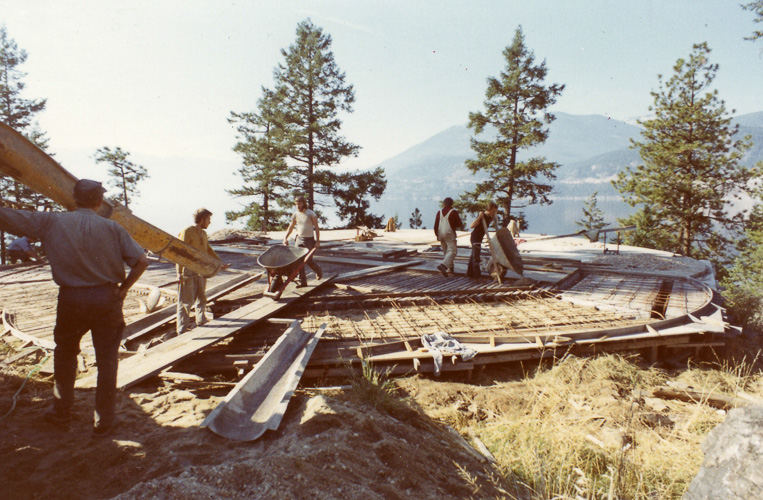 Completion! From the Unseen to manifest. At the opening ceremony Swami Radha says, “Here in the Temple, we want to be together in the Light.” 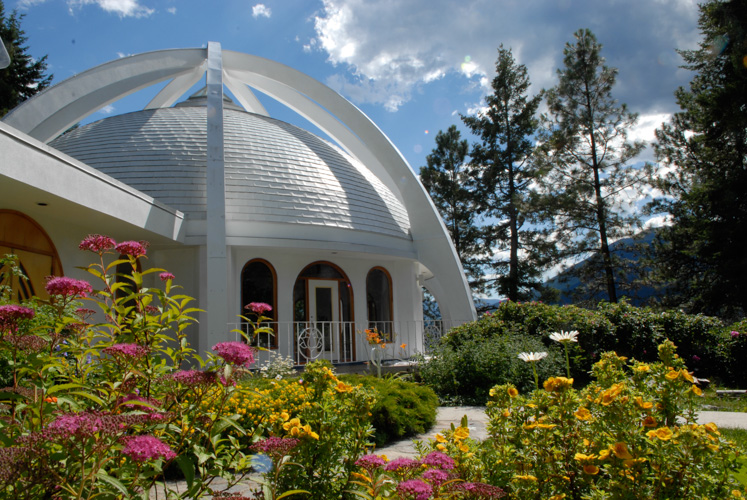 The Temple of Light served the Ashram community for over 20 years. It was a sacred meeting place, a symbol of hope, peace and unity. 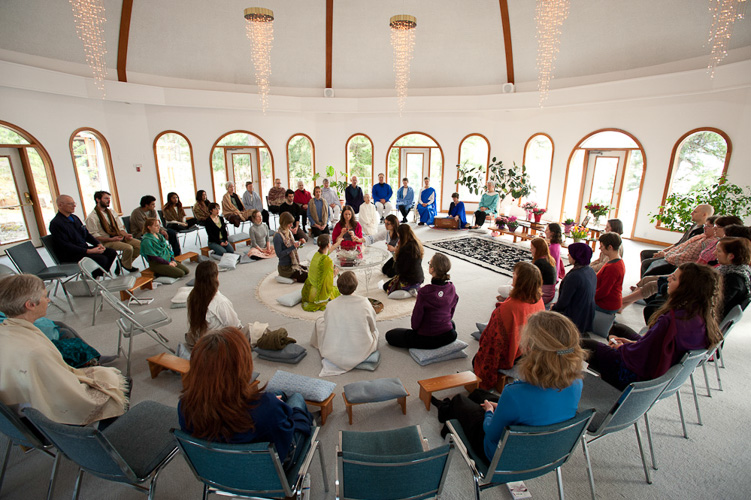 On June 5th, 2014, a fire caused severe structural damage to the Temple. 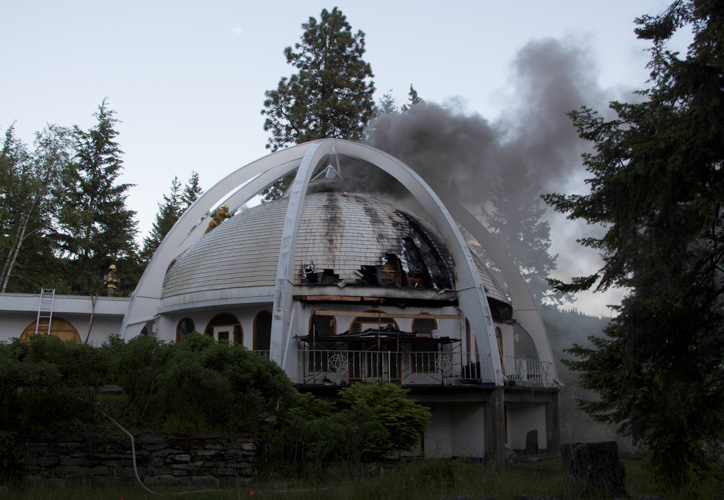 Transitional temple is installed. A beautiful temporary dome of wood and plastic, made by local builders stands on the Temple platform. 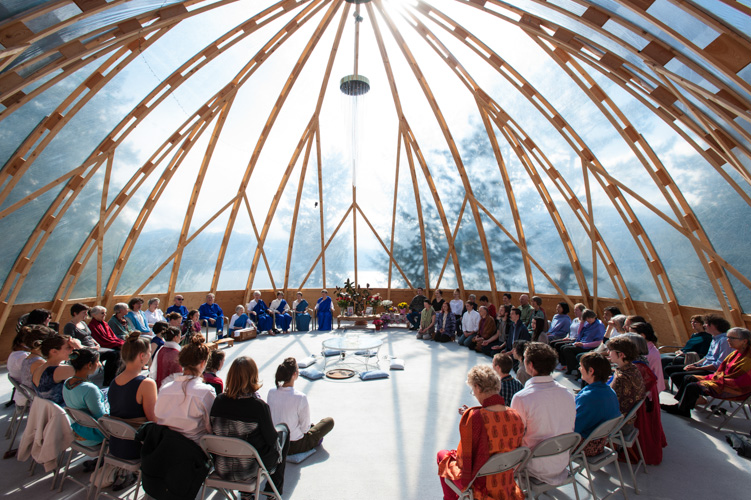 Plans for the new Temple of Light, inspired by Swami Radha’s vision, designed by Patkau Architects. Spearhead begins fabrication of main Temple structure at their facility near Nelson, BC. 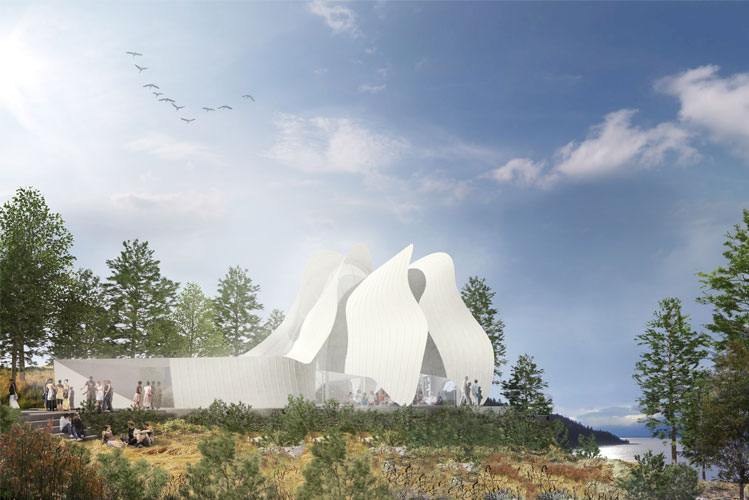 Construction of the Temple of Light continues with completion by fall 2017. 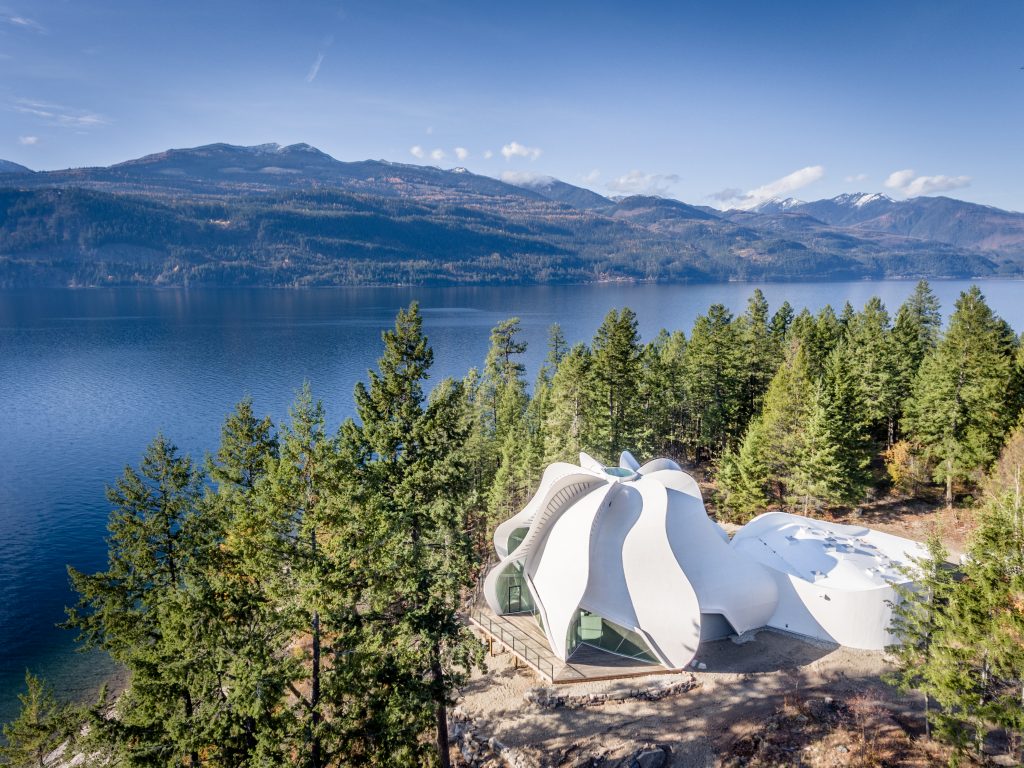 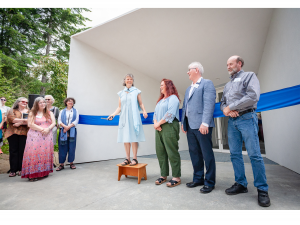 Return to the Temple of Light page