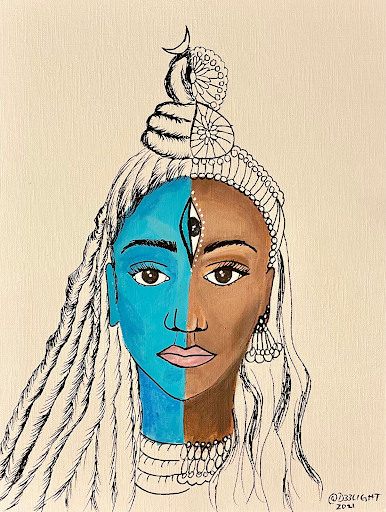 This piece of Ardhanarishvara was created during my visit to the ashram in August 2021. It is an image that has often come to my mind, and i wanted to gift this first completed depiction to the Ashram where it was created. Shiva the Maha Yogi, or original yogi and the creator of dance is very dear to me, symbolizes in this direction that opposites essentially exist as one. For example, life and death, the sun and the moon, light and dark, male and female, the interplay between these polarities are what creation is made of. I am attracted to the idea of the joint manifestation of divine masculine and feminine in Ardhanarishvara as it mirrors these themes in every human.
This form represents deep questions for me on the social constructs of male and female roles in society. This genderless shiva/shakti symbolically is known to guide humanity, one part creating the safe space, and the other holding the creation. 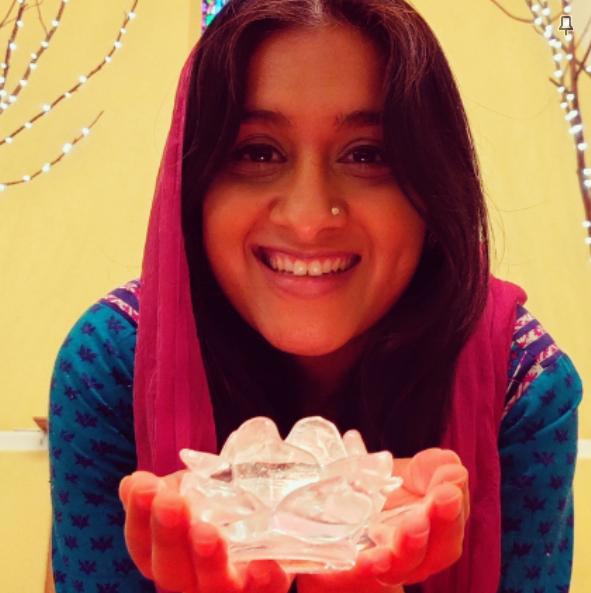