The Reluctant Yogi by Jamieson Child 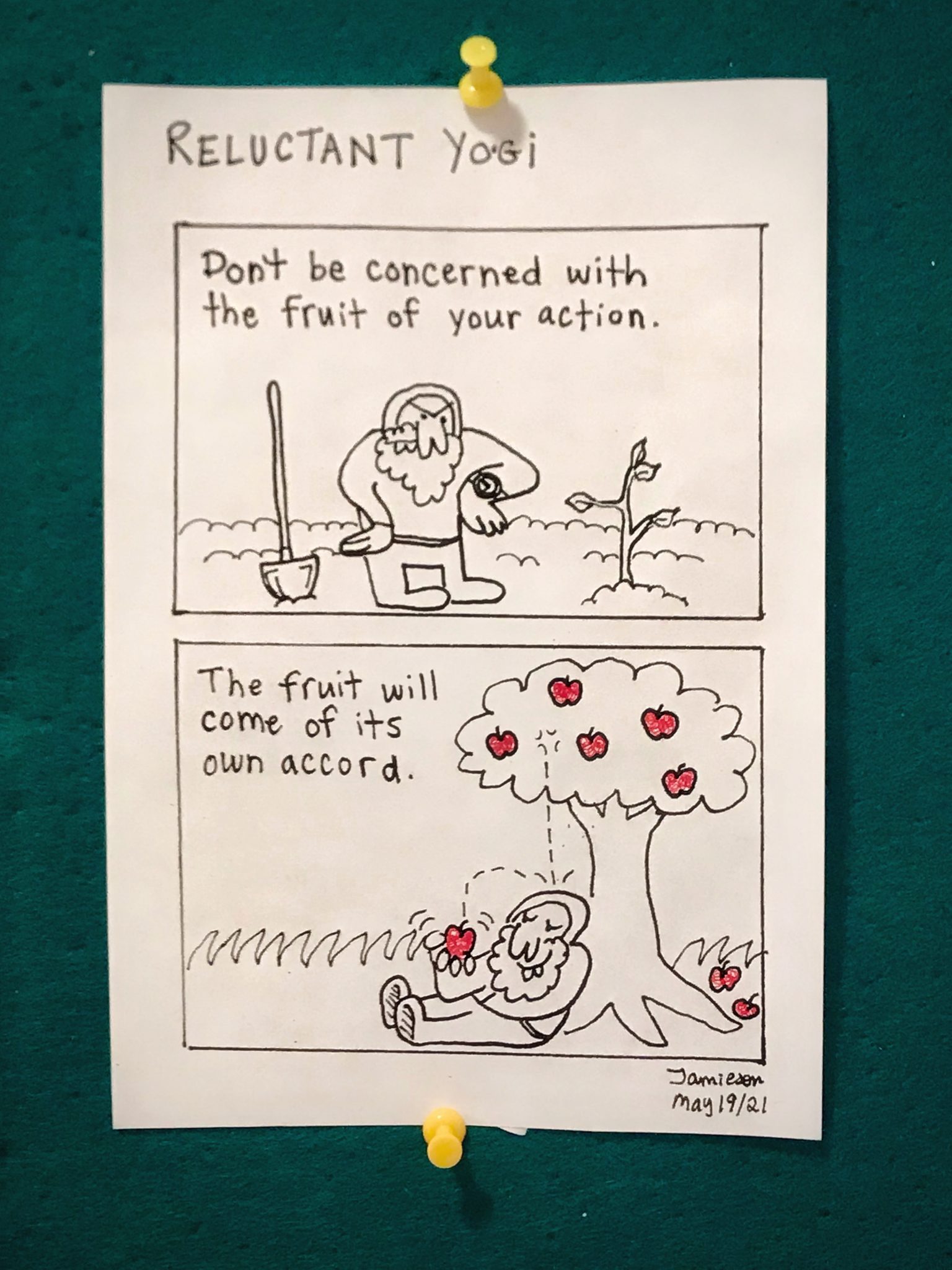 “I got the idea for the Reluctant Yogi from an old comic I would doodle sometimes about a homeless guy down on his luck –– sometimes spouting wisdom, but mostly just down and out in the city and making the best of his situation, whether it was rooting through trash, loitering around coffee shops or begging for change. He was called the Functioning Hobo. I stopped drawing him about a year ago. I stopped drawing almost altogether a year ago.

I think I started doing the Reluctant Yogi while at the Ashram because I was inspired by the people around me creating such great work, just because –– nothing fancy, but with a lot of talent. Some of this stuff could be in an art gallery in the city! I know I have this desire to draw and this little feeble talent for cartoons. It’s dormant mostly unless I force it, because most times I don’t want to sit down for an hour or more to draw. But once I get in the mood, through some effort and knowing that I do actually enjoy the work, I enjoy myself and being able to express some aspect of my thoughts or personality.

I like drawing comics because it doesn’t take too much of a time commitment and can convey a brief idea in a small space. It’s a way for me to express what’s going on –– pain, criticism, joy, humour –– in a lighthearted, comical way. It’s like journaling but with a cartoon.

I’m a fan of the Peanuts strips and indie comics. So for the Reluctant Yogi strip I adapted my old character to be a little more inspirational and less self deprecating. Maybe, hopefully, someone gets a chuckle or reflects for a second when they see it, and it inspires them in some way.”

To see more of Jamieson’s comics, come to the Ashram this summer and check out the green corkboard outside the dining room, where a new adventure of The Reluctant Yogi shows up every month or so.