2021: Open to Possibility. We are open for 1, 2 and 3-week self-guided Retreats, Oct 14-28 guided Yoga Journey as well as the Two-Month Karma Yoga Program. We remain closed for drop-in visitors. Read More. Donate Now to help sustain the Ashram. 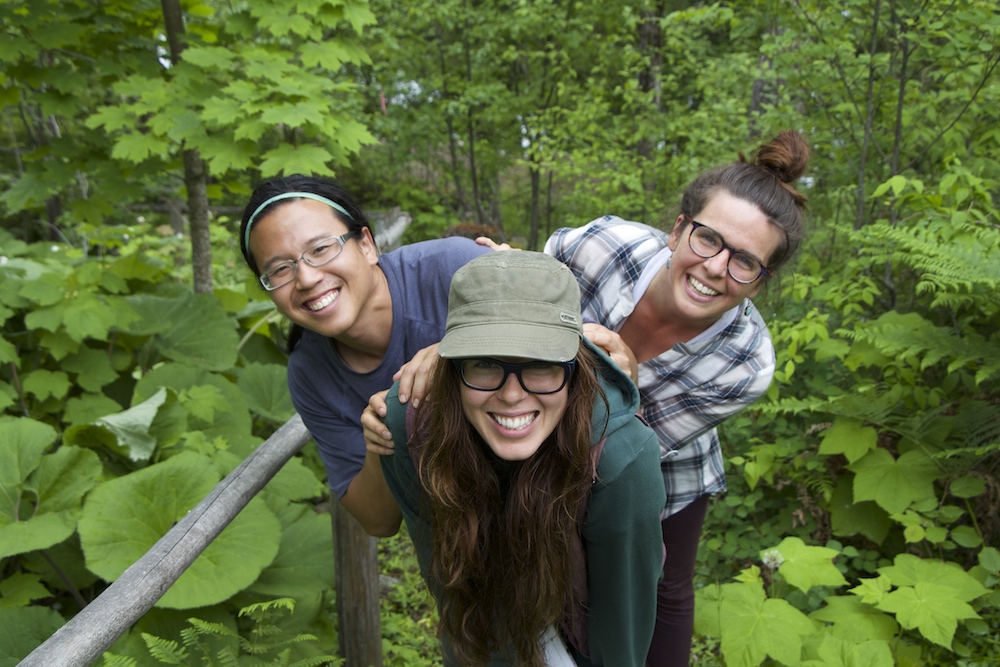 Over 30 children from the Crawford Bay School in grades kindergarten to six came to the Ashram for two separate tours in recent weeks. Max Wong, Kayla MacDougall and Ashley Laframboise helped organize the tours. Ashley shares her experience of leading them each through a morning at the Ashram.

I was surprised that many of the kids already knew quite a bit about the Ashram! We started with a hatha class and brought in animal sounds with the younger kids as they moved through the poses. Afterward, we toured through the whole Ashram and had a treasure hunt in the garden, picking leaves for Ashram tea and then ate dried fruit Kayla had pre-made from fruit harvested in the orchard. We had even organized with Dennis, the contractor at the Temple construction site, to give them a brief tour of the site. They were quite engaged with the bees when we showed them the hives.

Rather than just show them things, we involved them in the work and practices. In the prayer room we all chanted Om for a couple of minutes while I played the harmonium. I thought it was pretty special. It was great to fold them into the community we create here and expose them to the simple practices of the Ashram. I was very pleased that the school was interested in sending more students for a tour.