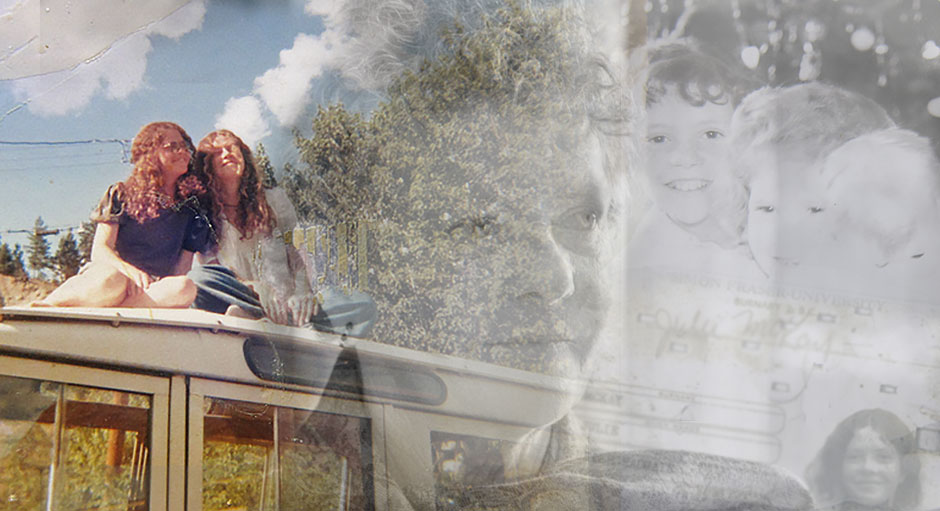 The mind has always intrigued me. Swami Radha’s question, “What is this thing called mind that can keep us prisoner and yet experience such luminosity?” (Kundalini Yoga for the West, p. 278) succinctly expresses the mind’s polar diversities. Since we live with our mind at all times, who wouldn’t be curious about how it works and even what derails it?

My curiosity started young. I remember doing a presentation in high school about intuition and “extrasensory perception.” Is it real? I offered case studies of mothers aware of their children in danger even when miles apart. Some of my classmates furiously fought the idea; but to me it seemed reasonable.

In the ’70s, I decided to study psychology at university to learn more about minds. During my first year I transformed my small-town nerdy good girl image to a counterculture seeker. Experimenting with drugs affirmed that an ethereal and fascinating alternative reality existed. I dropped in and out of university, hungry for experience. I sometimes travelled in my old van with my younger sister, Geri. Over the years our paths intertwined and separated. Geri was fun, hip and on an edge. I didn’t realize how dangerous an edge until she went over.

At one point my mother called me to come back home. Geri had returned, disturbed. I came and tried to help and realized I couldn’t. She would be okay one moment, then out of control the next—hallucinating, following voices, talking in elaborate nonsensical rhymes. The day it came to a head she threatened my sister with scissors. My dad and I drove her to the psych unit of the nearest hospital.

I was humbled by my inability to help or understand. Turning her over to psychiatrists felt like betrayal. I didn’t believe in the system or their diagnosis of schizophrenia, and yet she was beyond our care. The drugs they gave her controlled but did not heal.

Later, whenever Geri was having a psychotic episode, she showed up in my dreams. Even when I was far away, I would know. She would appear with wild, penetrating eyes. I wondered what happened to the child with the big smile and the cool, funny teenager.

Although I had found psychology lacking, I felt compelled to learn more. I started to study psychopharmacology and neuropsychology, which was in its infancy. I was disappointed to find that no one yet understood the cause of schizophrenia, and though there were leads, there were no easy answers.

My study of mind switched from hers to mine. I discovered yoga and attended my first workshop with Swami Radha. I realize now why her question, “What is mind?” was such a catalyst for me. Although I had searched for transcendence through experimental drugs and tried to understand mind through what was happening with my sister, I hadn’t yet studied myself.

Swami Radha presented an exercise called “mind watch,” where I observed my mind—letting it go and watching where it went, then writing down what I remembered. I committed to a daily practice for three months and saw how my mind could split into different levels, with my mind watching “me” while I watched it. Or it spun off to the past or future, to faraway places, or eclectic associations. I discovered my mind was similar to my sister’s. I, too, was seeing things that weren’t there and hearing voices generated from within. Yet the very act of watching my mind could calm it, ground it and sometimes lift it—not to a dramatic high, but to a quiet lucidity, a broader landscape that was my own. And when I was observing instead of caught in thoughts, I was free in a different way.

I started to take a hard look at my patterns. Why was I dropping out of school, taking low-paying jobs, wandering in the name of freedom? Was I afraid to face my own potential, afraid of failure? I decided to be bold and finish what I had started. I entered a Masters program in Applied Psychology, where I learned about family systems, guided imagery, cognitive therapy, group work. In my counseling practicum, I was challenged to listen deeply to each person without interpreting or assuming I knew.

My courses validated the experiences I had gained through yoga practice. The different streams of psychology were like threads containing truth while my experience wove the bigger fabric. I appreciated the brilliance of Swami Radha’s teachings, which opened not to a single theory, but to interconnection—a tapestry of intuition, rationality, dreams, clarity, chaos, body, mind, emotions, Light. I found I had choice. Instead of letting my mind dissolve into worry, I could offer Light to my sister, to my family, to people I didn’t know who were in need.

My sister died quietly many years ago. She was living with her partner and had friends in a small community that accepted her. Her symptoms remained manageable when she took medication. One day she became tired and cold, and climbed into bed. She went to sleep and did not wake up. Was it the drugs? Was it the end of karma played out?

I do not know. But I imagine and hope she completed what she needed to from this lifetime.

I was recently inspired by an article in the New Yorker by Siddhartha Mukherjee, who describes his family’s history with schizophrenia and the exciting breakthroughs in genetic research. The work in neuropsychology and genetics shows both the amazing plasticity of the brain and its fragility. It is encouraging to see the beginning of substantial progress in finding the cause of schizophrenia that could lead to real understanding.

My interest in mind continues to unfold. If a tiny genetic inheritance that affects brain function can reroute a life into a turbulent direction, what does it say about mind? Where does the physical brain end and mind begin? What is mind? If a brain injury or disease or genetic wiring dramatically alters my sense of identity, who am I? And this leads to the question that we ask in yoga, Who am I beyond body and mind?

Swami Lalitananda is the president of Yasodhara Ashram. A swami since 1996, she is the author of two books, including The Inner Life of Asanas, and she was a columnist for the award-wining yoga magazine, Ascent.

Read her other articles in Reflection from the Path.

“My study of mind switched from hers to mine. I discovered yoga and attended my first workshop with Swami Radha. I realize now why her question, “What is mind?” was such a catalyst for me. Although I had searched for transcendence through experimental drugs and tried to understand mind through what was happening with my sister, I hadn’t yet studied myself.”